Have you ever grabbed a nug that was so beautiful you didn’t even want to smoke it? If so, then you’re well aware of how aesthetically pleasing cannabis buds can be. Buds come in a wide variety of colors based on many factors: genetics, growth environment, pH level, climate, and much more.

Most produce green buds with orange and amber hairs, but there are a lot of standouts that produce wonderful red, pink, purple, and even blue coloring.

With thousands of strains, it would be impossible to rank every single one. But here are five that are guaranteed to have you whipping out portrait mode.

Forbidden Fruit is a cross of Cherry Pie and Tangie that usually makes people feel relaxed, happy, and euphoric after smoking. It’s named after its tropical taste, kicking out notes of mango and passionfruit, but way before you’re enamored with its taste, you’ll be dazzled by its appearance.

Forbidden Fruit is the prettiest flower I’ve ever seen in my entire life. The nugs will seriously make you want to bite the plant out of some cute aggression shit. Color-wise, this perfect strain stands out with light green buds that stack on top of dark green leaves completely wrapped in orange hairs (emphasis on completely, because those orange stigma are EVERYWHERE).

Break apart the nugs and you’ll even see some slightly pink colors. All in all, one look at the Forbidden Fruit plant will make you want it as a coffee table centerpiece.

Gelato is a California cross of Sherbert and Thin Mint that has produced many phenotypes. There’s Gelato #33 (Larry Bird), Gelato #41 (Bacio Gelato), Gelato #43 (Gello Gelato), Gelato #47 (Mochi Gelato), and Gelato #49 (Acai Berry Gelato). #33 was an original from Cookie Fam, but now it has spread to other growers.

What makes Gelato #33 special is its dense buds that stack deep purple buds, almost black, on top of light green leaves with orange hairs. In addition to that, there is a sea of white trichomes all over these bad boys. Ultimately, Gelato #33 buds come out looking like the weed version of a grape popsicle. 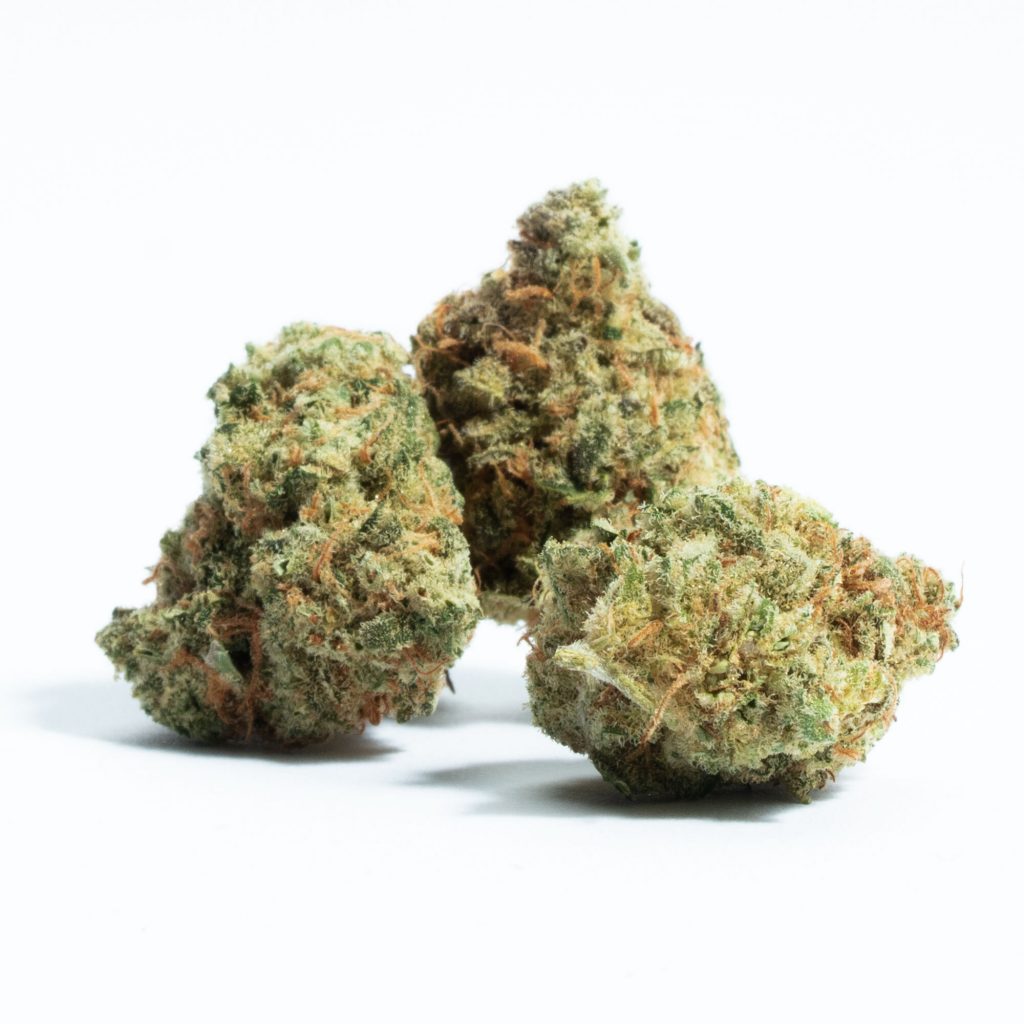 Pink is another color you’ll see in some cannabis strains, but rarely as the main color. Instead, pink will appear on plant colas or as the little hairs—called stigma. When someone tells you they have some pink weed, don’t expect to open the jar and see cotton candy.

Pink Kush, also called Pink OG, comes from OG Kush lineage. Pink Kush can come in green or a mix of purple and green, with a slight pink shine buried inside the buds. Although Pink Kush buds come with barely any pink on them, the full Pink Kush plant will grow an incredible amount of beautiful pink stigma right before harvest.

Panama Red will pop up in any google search you do about colorful weed flowers, and for good reason—it’s red, dude. Straight up rojo.

Panama Red’s an old school sativa with energizing effects. The plant grows tall with skinny leaves that have these red-orange, red-purple, and red-green colors that make it look like the cannabis version of Carrot Top.

With it being so old, you might not find it in too many dispensaries. 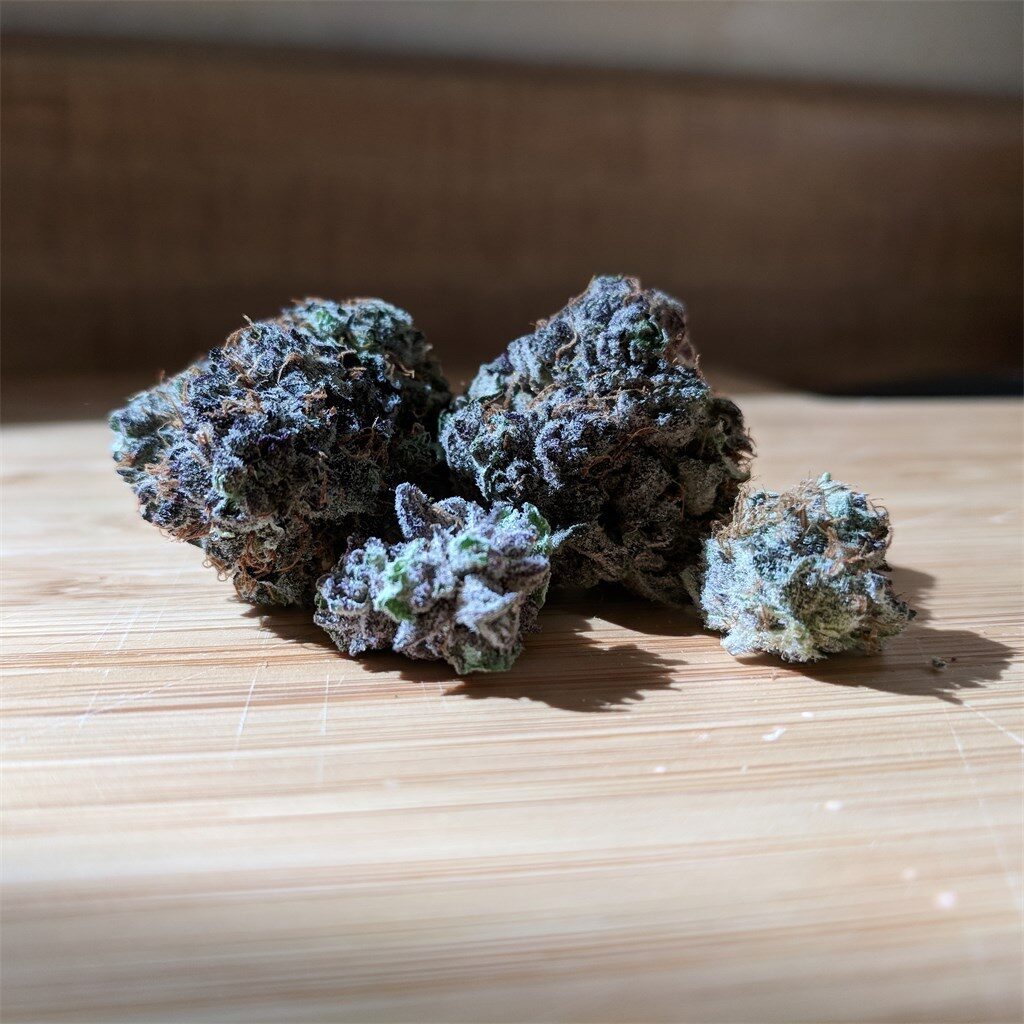 Like Panama Red, you really can’t write this list without mentioning The Black. It’s anthocyanins push out purple colors so dark, the plant is straight up black.

The Black is a rare indica strain from that ’80s that most know absolutely nothing about. It was either bred by Mr. Dank or BC Bud Depot. There are light green leaves that poke out every now-and-then like groundhogs, but for the most part, you’re getting deep purp-black hues with this one.