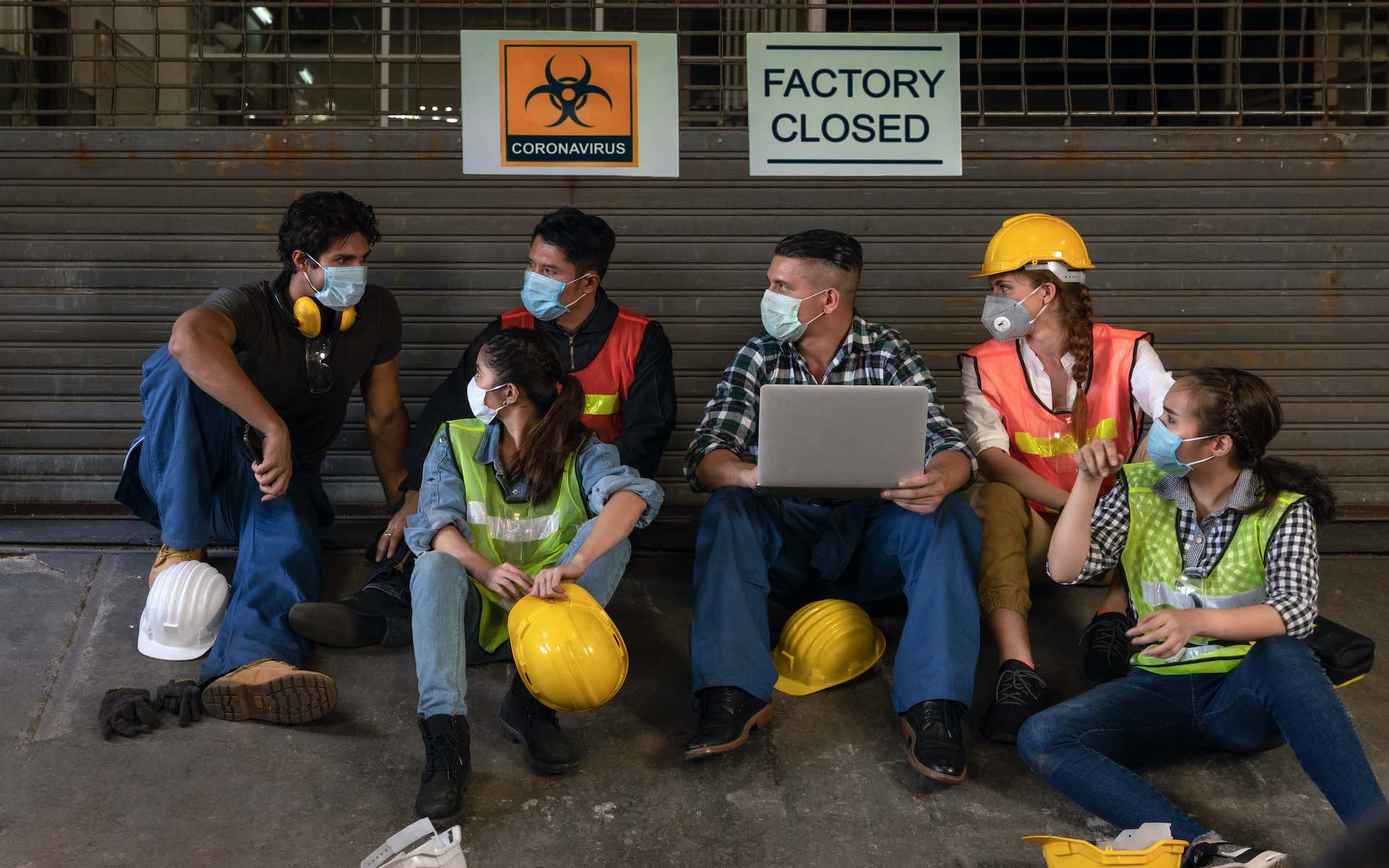 85% of cannabis companies surveyed said they could save jobs with access to federal COVID-19 relief programs. (photo: AdobeStock/Mongkolchon)

A new national survey conducted by Leafly and the National Cannabis Roundtable has found that tens of thousands of jobs could be saved if Congress were to allow federal COVID-19 stimulus funds to flow through to state-legal companies.

The survey of 484 cannabis retailers, growers, processors, and hardware and service providers was conducted across all legal states between April 20 and May 5, 2020. Of those companies, 85% said they would be able to save jobs with access to stimulus money, and 30% said they will go out of business without access.

When the COVID-19 pandemic sent the national economy into an unprecedented freefall, Congress responded with a series of billion-dollar relief bills aimed at saving millions of American jobs.

Those funds were denied to the nation’s thousands of cannabis companies, though, because most banks refuse to serve cannabis-related companies due to the conflicted status of cannabis—legal under state law, illegal under federal law. Federal banking and Small Business Administration rules prevent all cannabis and cannabis-adjacent companies from applying for funds available to all other American companies impacted by the pandemic.

Those funds make a real difference. Just one example: Last Thursday, Cincinnati-based Fifth Third Bank announced that it had secured more than $5.5 billion in funding approval for more than 31,000 non-cannabis businesses through the Small Business Administration’s Paycheck Protection Program. Those loans have the potential to support up to 555,000 jobs.

The Leafly/NCR survey follows a push by a coalition of cannabis advocacy and industry organizations, which on Friday sent a letter to Congress urging lawmakers to include the Secure and Fair Enforcement (SAFE) Banking Act or similar language in the next pandemic relief package. That would create a safe harbor for banks and other financial services providers to work with cannabis and ancillary businesses that are in compliance with state law.

Legal cannabis has been the fastest growing industry in the US for the past four years, according to the 2020 Leafly Cannabis Jobs Report, the only comprehensive count of cannabis jobs in the absence of federal legalization. As of February 2020, a record-high 243,700 Americans were employed in the legal cannabis industry, making the $10.7 billion legal cannabis industry America’s single greatest job creation engine in recent years.

“Before this crisis began, the cannabis industry represented the fastest growing jobs market in the US, despite restrictions on access to banking services,” said Saphira Galoob, NCR Executive Director.

“Our businesses are going to be critical to the country’s economic recovery, and we are asking to be treated like every other small business in the country,” Galoob added. “Not only should cannabis businesses have access to economic stimulus and relief funds, they should have access to fundamental banking services through the SAFE Banking Act.”

Essential to states, but not to Feds

“The cannabis industry is considered essential in nearly every state that has legalized, providing crucial jobs and tax revenue to their communities,” said Yoko Miyashita, Leafly’s General Counsel. “Yet, the industry can’t access traditional banking services and the impact from that denial of access is compounded in this pandemic, where access to federal stimulus funds, like the Paycheck Protection Program, is only available through banks.”

“This is the time for common sense solutions,” Miyashita added. “We need to pass the SAFE Banking Act and give these tax-paying, job-creating businesses the stimulus and relief funds that will keep thousands of Americans employed during these unprecedented times.”

The survey found that 58% of cannabis companies have reduced staff. Of those companies, 22% have lost employees in permanent layoffs.

Interestingly, a large percentage of companies are holding on to valued staff members in hopes of bringing them back. More than half (57%) of all companies that have reduced staff said their employees were on “temporary layoff,” indicating an intention to re-hire as soon as economic conditions allow. Another 23% said they had furloughed staff members, which means employees have been suspended from work without pay for a fixed period of time.

In some cases, companies may elect to lay off workers instead of furloughing them because a laid-off worker can apply for and receive state unemployment benefits—whereas a furloughed worker remains technically employed.

The survey also captured the fact that the cannabis industry still remains dominated by thousands of independent start-ups, despite a trend toward consolidation by multi-state operators. Small businesses with less than 100 employees represented 92% of those surveyed, and 85% of companies had reduced staffing by one to ten employees.