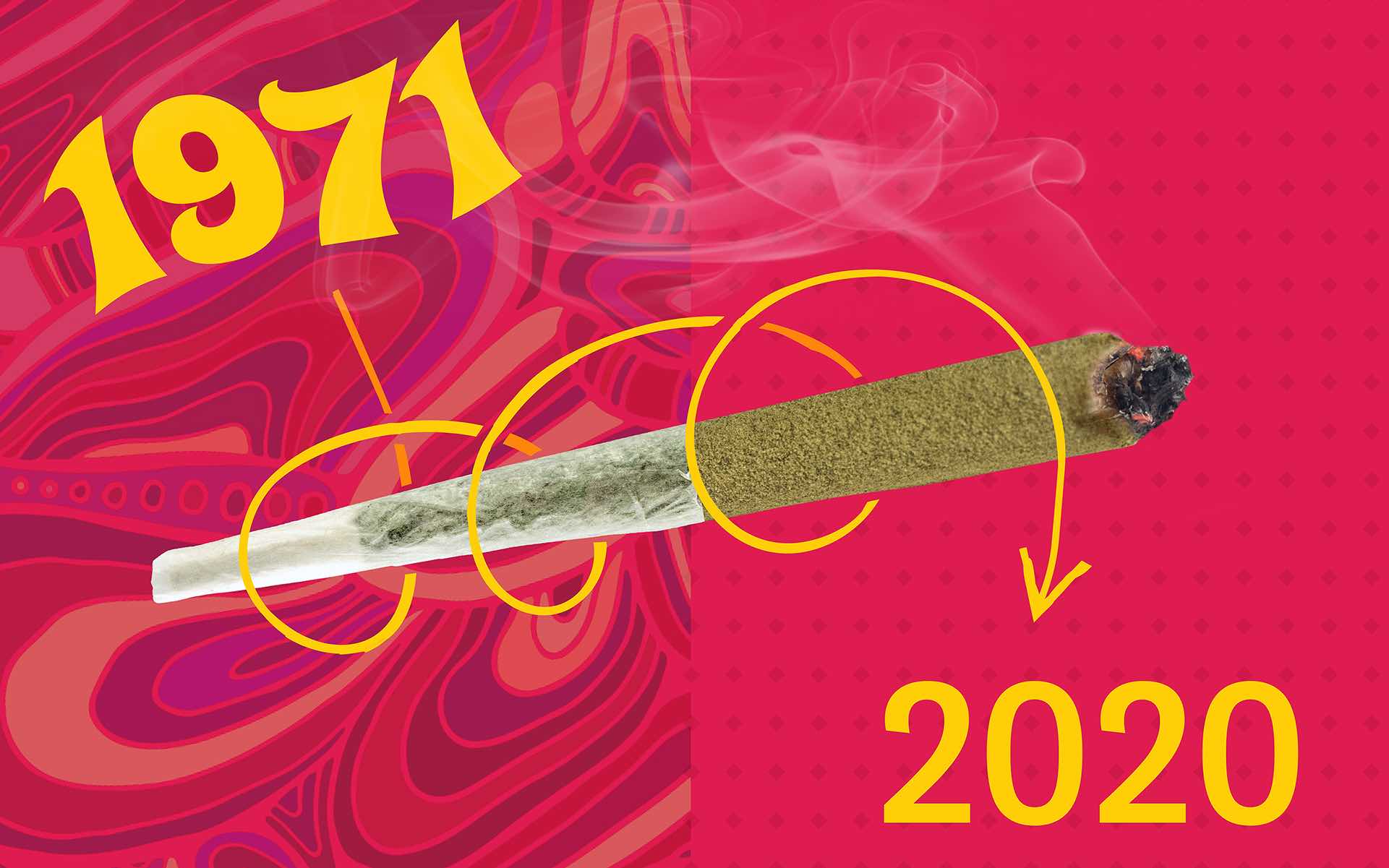 Pandemic of the century? Pfftth. The world’s millions of cannabis lovers are still gonna rage on 4/20 this year.

And the stay-at-home online sessions of 2020 are actually more in spirit 420’s origin than most even realize.

Just ask the people that invented it, The Waldos—a group of 1970s California high school kids who are happy to explain.

The phrase “420” started as an inside joke at a Northern California high school in 1971—a way to say to friends “let’s go get baked” without anyone knowing what they were talking about. It was a way to create cannabis community in the face of a brutal outside world.

Shop tested, legal cannabis near you. Order from Leafly Finder

Adapting to a harsh environment

Back then, the youth were dealing with upwards of 100,000 marijuana arrests per year in California alone. In addition to the unjust war on pot, Americans were dying in droves in the Vietnam War, which cost more than 58,000 US lives before it ended in 1975.

Amidst that nasty backdrop, this little high school clique rallied often at 4:20 p.m. at the designated spot.

“Back in the 1970s, we did what we needed to do to adapt to the environment—all the drug suppression,” Waldo Steve Capper told Leafly last week. “We figured out a code to be able to talk amongst ourselves in that environment.”

“We adapted bongs out of Coke cans and watermelons and apples,” said Waldo Dave. “Now, it’s no different. We have to adapt, so we adapt.”

This year, the entertainers and promoters that make 4/20 so big have pivoted to online seshes the likes of which the world has never seen. You can spend all week this week livestreaming Ganja Yoga sessions, cooking classes, drug war panels, DJ livestreams, and so much more. Cannabis culture is not being cowed by COVID-19, it’s persevering, adapting, and forging new modes of creating community.

A flyer for a major online gathering this 4/20 features leading entertainers and activists.

The Waldos’ creative workaround for cannabis community got several signal boosts—first from the Grateful Dead in the ‘80s, and then High Times magazine in the ’90s.

When medical cannabis legalization first took root in 1996, 420 expanded in meaning to become a rallying cry for cannabis liberation. Its meaning got bigger, but also fuzzier.

Today, 36 states have a medical cannabis law, and 11 have full legalization. Cannabis is a $10.73 billion legal industry, and 4/20 is its Black Friday—an orgiastic explosion of commercial activity.

As recently as last year, critics complained that huge 4/20 celebrations were meaningless, since you don’t need a secret code to get high anymore. Well, there’s no big festivals or DJ parties at stores this year. You’ll be arrested if you go to Hippie Hill in Golden Gate Park to partake.

420’s meaning is in your hands

As for 420’s meaninglessness—meaning is what you make it. 420 has ascended to the level of multiple meanings. This year, I see millions of solo and household seshes rolling across the globe in each time zone at 4:20 p.m. on 4/20, part of a month of 420 (since April is the fourth month of 2020.)

Never has the stereotypical ‘stoner’ been more crucial to public health and safety.

Shop tested, legal cannabis near you. Order from Leafly Finder

I asked a buddy who works in radiology at Stanford Hospital how I could support him. “You’re doing it. Keep doing what you’re doing,” he said. “Just stay home and stay healthy.”

And The Waldos are staying positive. They’re mountain biking in the remote San Raphael, CA hills to stay healthy. Every night at 8 p.m., the entire North Bay Area of San Francisco howls together like a pack of wolves. It’s a way to feel less isolated, and blow off some steam, Waldo Steve said. “It’s beautiful.”

“Keep your curiosity going. That’s always important, even if you’re stuck at home,” said Waldo Steve. Above, a reunion of The Waldos. (Courtesy The Waldos)

Similarly, 4:20 is a consistent time of the day where you’re not puffing alone, but with a likeminded community linked globally.

The Waldos had a parting message for Leafly readers this 4/20. Back in the ‘70s, they believed in seeking, adventures, and living life open to new experiences, and new challenges—all met with an indomitable grin. That’s the 4/20 vibes I’m here for this year.

“Stay together, think positive, help one another get through this. Keep your curiosity going. That’s always important, even if you’re stuck at home,” said Waldo Steve.

And remember, next year, 2021, is the 50th anniversary of the invention of 420—one that’ll likely be bigger than ever.