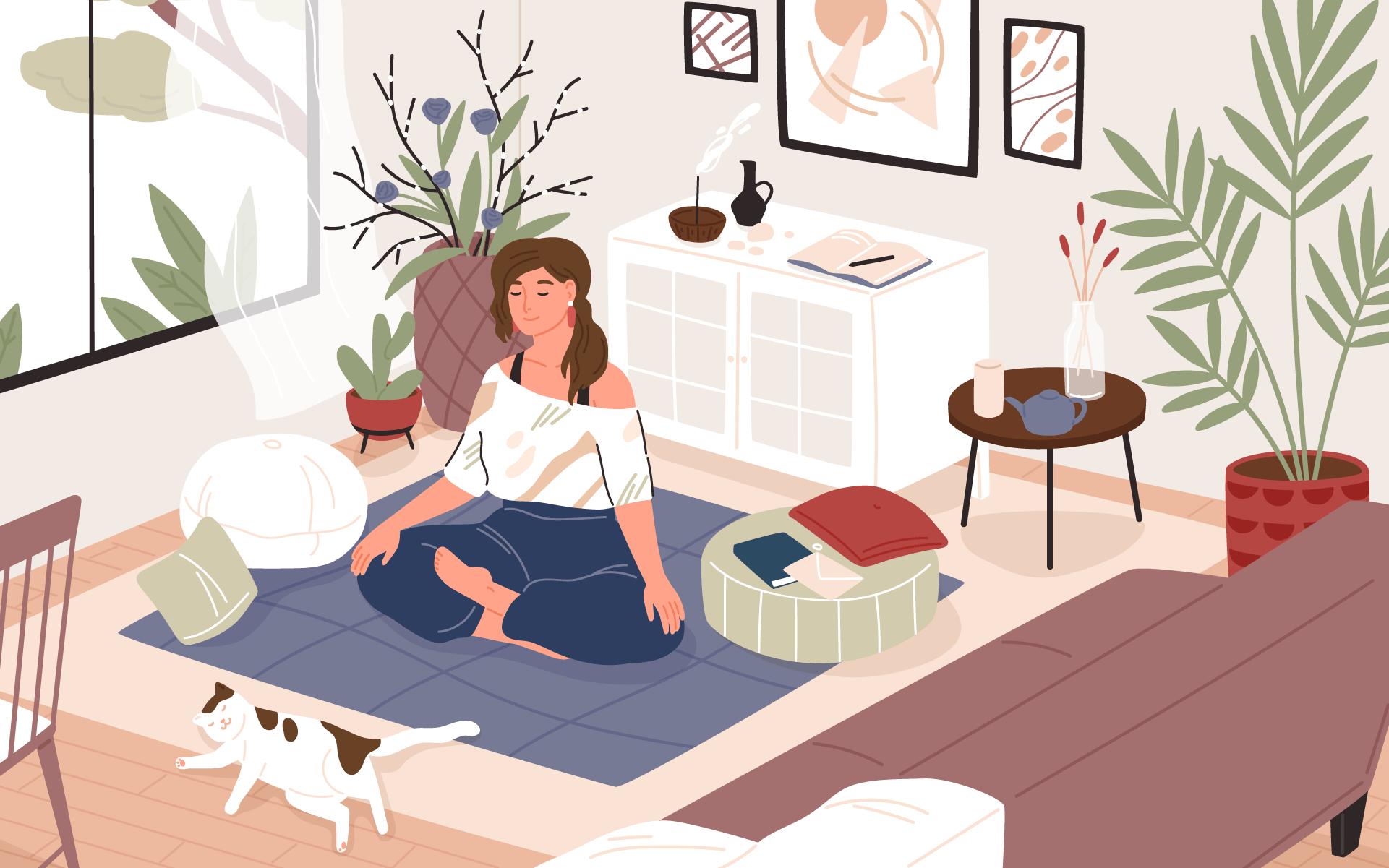 Chances are, you’ve heard OCD used flippantly as a pejorative. Claiming to have OCD tendencies, or accusing someone else of OCD behavior, makes light of a mental health condition that affects as many as one in forty adults. Living with the disorder can be distressing and debilitating, and finding methods for managing the condition so that it doesn’t hinder the flow of everyday life can be challenging.

A growing body of research is uncovering the role of the endocannabinoid system (ECS) in managing anxiety, fear, and repetitive behaviors. As a result, scientists specializing in OCD have recently started casting their gaze toward cannabinoids as a potential treatment for the management or alleviation of OCD symptoms.

At its root, OCD, or obsessive-compulsive disorder, is an anxiety disorder that hinders the brain’s ability to transition between habitual behavior and goal-directed behavior.

Like most mental health conditions, it affects people with different degrees of severity and in a spectrum of ways: some individuals may experience OCD as a fixation with contamination, while others may feel an urge to align objects symmetrically. There are also other body-centered obsessive-compulsive-related disorders such as hair pulling or skin picking.

Each person’s experience of OCD is specific to them, but people with OCD share the common experience of obsessions or persistent, uncontrollable thoughts or impulses that are intrusive and disturbing. These obsessive ruminations can cause an individual with OCD to feel anxiety and perform repetitive actions, known as compulsions or rituals—such as checking and rechecking locks—to disperse the anxiety.

A 2019 review published in Cannabis and Cannabinoid Research has unpacked the evidence, suggesting that the endocannabinoid system could represent a new treatment target for obsessive-compulsive disorder. OCD affects the parts of the brain associated with anxiety, stress reactivity, fear conditioning, and habitual behaviors. The endocannabinoid system can modulate these behavioral patterns and emotional responses.

CB1 receptors, which are a fundamental component of the endocannabinoid system, are found in high densities in regions of the brain that are believed to be implicated in OCD, including the prefrontal cortex, basal ganglia, hippocampus, and amygdala. This connection suggests that the careful activation of CB1 receptors may help ease specific symptoms associated with OCD.

Anxiety is a defining element of OCD and can be so all-consuming that it erodes one’s sense of self. There is already considerable evidence that cannabis can help regulate anxiety and stress when delivered in the right dose.

CB1 receptors, a component of the body’s endocannabinoid system, help calibrate the brain when it fires up neurons or inhibits their action. Agonists, substances that bind to CB1 receptors, can help alleviate anxiety or amp it up, depending on the dose, the way the agonist has been administered, or the sensitivity of the CB1 receptors.

THC is an example of such an agonist. When THC binds with CB1 receptors, it can exert a calming effect at low doses. Conversely, it can also elevate anxiety at higher doses (find out why less is more).

Research has further shown that when CB1 receptors are blocked, or when genes that encode them are deleted, anxiety increases.

Studies on rodents have also shown that the endocannabinoid system influences the body’s response to stress. The body’s own endocannabinoids promote adaptation to prolonged stress, while THC and other cannabinoids can decrease the stress response when given at low doses.

Again, high doses of THC may exacerbate stress. For the management of both anxiety and stress, the key seems to be administering the right dosage.

Fear, or more specifically, conditioned fear, is a fundamental component of OCD. The fear network of the brain pairs an aversive thought with a neutral trigger, sending a signal that something is wrong and it needs to be addressed immediately. Studies have noted that individuals living with OCD have an impaired ability to extinguish fear and that disordered neural pathways are responsible.

The extinction of conditioned fear is within cannabis’ repertoire. Preclinical studies with mice suggest that the endocannabinoid system, and more specifically, the CB1 receptor, are critical to helping snuff out fear memories in the amygdala.

Exogenous cannabinoids such as THC and CBD have demonstrated the ability to lower conditioned fear in rodents, while CB1 antagonists—these bind to CB1 receptors, preventing them from becoming activated—inhibit the process of fear extinction.

There’s also clinical literature on human participants indicating that CBD and dronabinol, a synthetic form of cannabis, may assist with fear extinction. In a study on healthy individuals, dronabinol reduced the response to stimuli that induced fear. Additionally, CBD has been shown to decrease anxiety and help diminish conditioned fear memories in healthy adults.

Rodent studies have connected the endocannabinoid system to learning habits and repetitive behavior. Research has found that both THC and CBD can reduce repetitive behaviors in mice. Specific research on CBD was found to have persistent results on repetitive behavior when administered daily over a week. In contrast, diazepam, a common anti-anxiety medication, showed decreasing efficacy over time.

In a study of people with Tourette Syndrome, smoking cannabis was associated with fewer tics and urges to perform compulsive behavior. In other research, women with hair-pulling disorder experienced a reduction in hair pulling after using dronabinol over 12 weeks.

Research on cannabinoids and OCD, and future directions

At present, there are only three case studies that have specifically explored the effects of cannabinoids on OCD. In each case, the subjects in question responded poorly or not at all to first-line medications, including SRIs, antipsychotic medication, mood stabilizers, or cognitive behavioral therapy.

Each person then received dronabinol, and over ten days to two weeks, each of them reported an improvement in the quality of life along with a reduction in OCD symptoms.

It’s worth pointing out that some people with OCD may use cannabis to relieve their symptoms, but for others, cannabis may produce no effect or even exacerbate their anxiety.

Numerous factors could contribute to these conflicting experiences: For starters, a generous dose may produce unwanted effects. Those who are new to cannabis may be more likely to feel some anxiety about consuming it than those who are already familiar with it. Also, cannabis with high concentrations of THC may intensify anxiety or other adverse symptoms.

While there’s evidence that the endocannabinoid system may impact the neural circuitry underlying OCD, there’s currently scant research investigating cannabinoids as a potential treatment for the condition. That’s set to change, however. Dr. Reilly Kayser, one of the leading authors of the above review, is currently investigating the effects of cannabinoid use in people with OCD. Watch this space.

Emma Stone is a journalist based in New Zealand specializing in cannabis, health, and well-being. She has a Ph.D. in sociology and has worked as a researcher and lecturer, but loves being a writer most of all. She would happily spend her days writing, reading, wandering outdoors, eating and swimming.